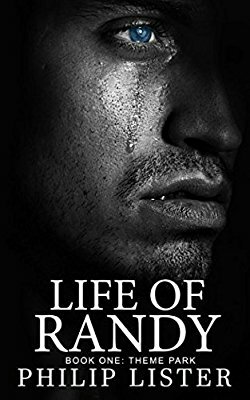 When Randy and his step dad fight on moving day his family moves away and abandons him. Now he has to face life and his bullies head on.
Follow him as he embarks on a coming of age journey where anything goes.

Living with best friend Ana that he has fancied for years is, well interesting, especially when her boyfriend Mark lives there too. With stolen glances added to the mix it makes for an explosive cocktail.

He moves out and meets Clara and he thinks it could be love at first sight, but when Ana comes knocking at his door, will he give into temptation?

After receiving some life changing news he is overcome by his emotions. On a path of self-destruction he wants one thing, retribution against his tormentors, but in his escalating rage just how far will he go?

Please comment, talk to me! Poet that loves to rhyme and interaction with readers is everything! View all posts by Phil Lister

5 thoughts on “Life of Randy (Book One: Theme Park)”